A bit delayed but I’m very excited to share this post. For my birthday (week, month) in September, I visited two cities, New Orleans, followed by Charleston, which ended up being one of the most beautiful cities I’ve seen in the US of A.

It was SOOO picturesque here. I deleted my social media for this leg of the trip, but somehow was still attached to my phone because I had to take a picture of EVERYTHING. Tree-lined streets, houses, porches, glimpses of gorgeous backyards, water… AND THE FOOD. OMFG.

I took an unexpected stroll through the bougiest neighborhood with grand, ostentatious mansions, and this was my fave part of the city, proper. I was walking along the water front and after a few minutes, I started noticing the houses getting bigger and bigger, until I was literally staring with my mouth wide open at gargantuan estates, think huge porches that wrap around the house, on several floors, enormous columns and gates.

There’s also street called Rainbow Row, which is kind of like Charleston’s version of Alamo Square. It’s a cool tourist spot where you’ll find a street with charming houses painted in an array of pastel colors. A few blocks away is a waterfront where I was delighted to find open waters / skies, big fluffy clouds, lots of benches and swings, palm(like) trees, and a delightful breeze.

Food and drink is legit in Charleston – they have a diverse restaurant scene serving all different price points. Everything I ate in New Orleans was fried, so I really wanted the food to NOT be fried. I got much better than that. There’s tons of fresh seafood, contemporary AND bougie American cuisine (I mean… who even knew that existed), fancy and non-fancy southern food, and a huge outdoor market with many lunch options. ALSO for all of you basic bitches (no shade) who watched The Notebook, there’s a restaurant called High Cotton, and where Noah spots Allie when he goes into town. I got a drink there, it’s fancy and a little stuffy.

Quick note. The best perk of solo traveling at least as a single lady is that people are more generous than usual. I went to a bar to get one mocktail and ended up with two additional mocktails the kind bartender decided to make for me. My bill literally came out to $2. I also went to get coconut cream pie later that night (IT’S MY BIRTHDAY I CAN PIE IF I WANT TO) and my one slice was the size of three. 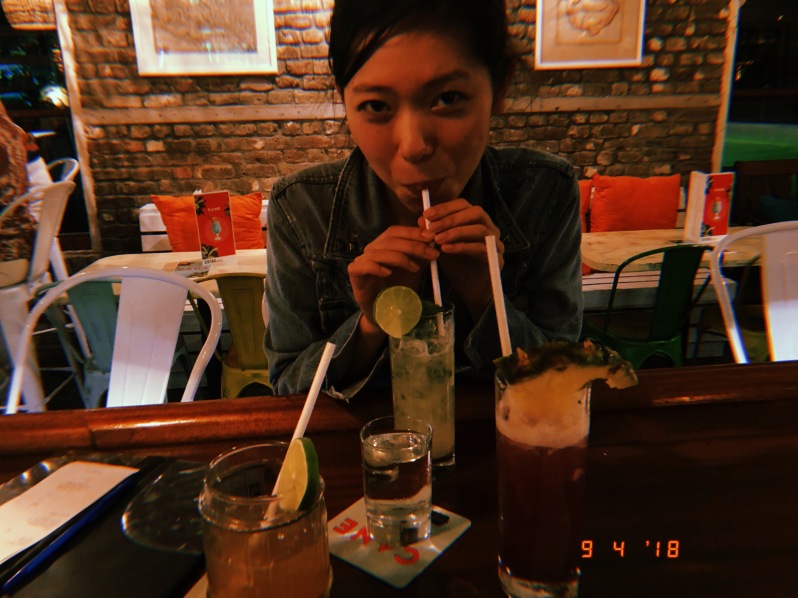 The highlight of my trip was most certainly my visit to the Magnolia Plantation – it was indescribable, a must-see in life. I was SO in my feelings here, contemplative, mindful, grateful. Sitting mostly in solitude, surrounded by trees, plants, flowers, swamps, a river, moss, and animals. I took a little tour, bought an overpriced, oversized hat at the gift shop, walked around, took pictures, and eventually settled on this little secluded wooden deck area along the river where I whipped out my notebook and wrote for hours undisturbed. 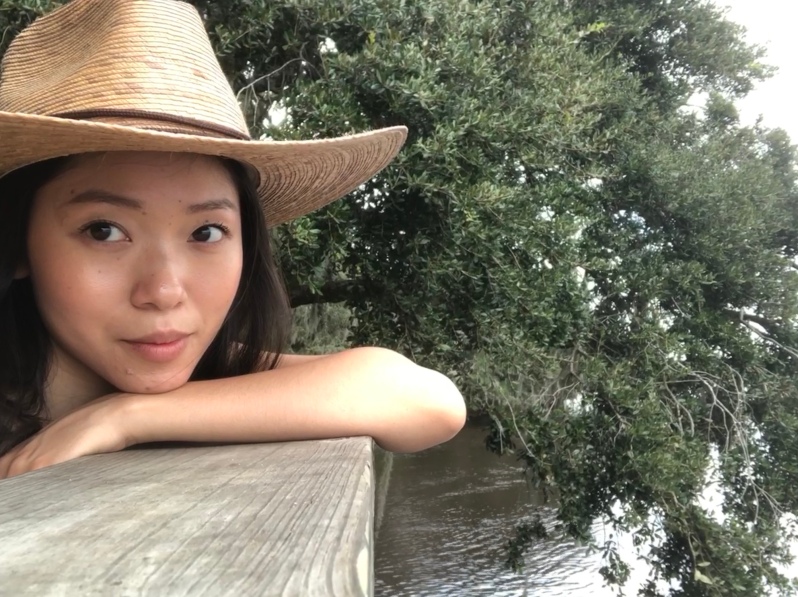 Living in a big ass city can be hard sometimes (everyone, take out your tiniest violin for me) because I feel disconnected from nature. I love living near Central Park because of the green, but even when I’m there, I see giant skyscrapers in the near distance, and can still hear honking cars. But being here was such a relief; I barely saw people, and all I heard was the water, a steady hum of insects and birdsong. 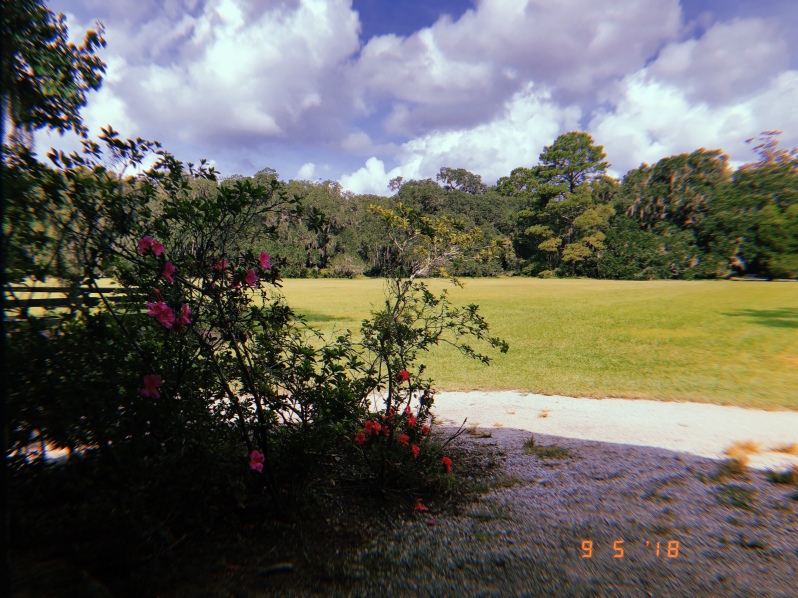 Bonus points, I made a few animal friends, like this outrageously beautiful peacock (I can’t believe colors like this exist in nature), this hungry loud donkey called Hector, and an alligator (an acquaintance).

The more somber point I would take away from my experience in Charleston (and the South, more generally) is the legacy and after effects of slavery. I’m not saying this to sound fake woke or to make this a soapbox, but I feel it.  Even as I’m blown away by the beauty of a plantation and the giant mansions, and cursing New York for being so ugly in comparison, I know this beauty was built by slaves, by force.  As tourists, we see the shine and shimmer because we’re here to live our best lives, but I still feel a guilt and a sadness underneath my enjoyment when I really stop to think about it. There is an African American museum in the former slave mart…where WHITE PEOPLE USED TO SELL BLACK PEOPLE. That’s so fucked up and it is certainly worth remembering.

On every other level, Charleston was the best and I highly recommend for solo travelers. Very safe, super clean, walkable, lyft/uber-friendly, delicious, picturesque, polished, nature-filled, kinda bougie, and not overwhelming like many big cities. I would move here if it weren’t for the hurricanes and the ethnic homogeneity (I didn’t see many people who look like me and that makes me nervous lolol).

The conclusion of my proper Southern shenanigans has arrived and I am deeply grateful for the chance to have visited Savannah, New Orleans, and Charleston this summer. I feel satisfied and will soon be setting my sights on another unexplored American region, maybe the midwest, or more of the east coast, but it will have to wait until next year because WINTER IS COMING. I REPEAT, WINTER. IS. COMING. 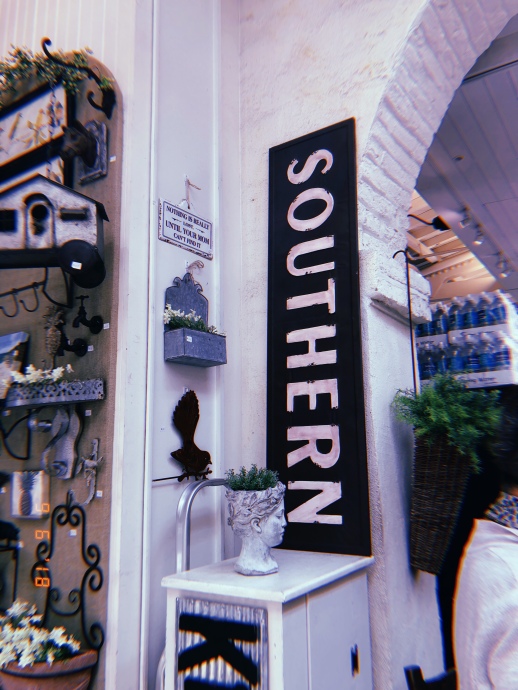 Until next time, my frens.