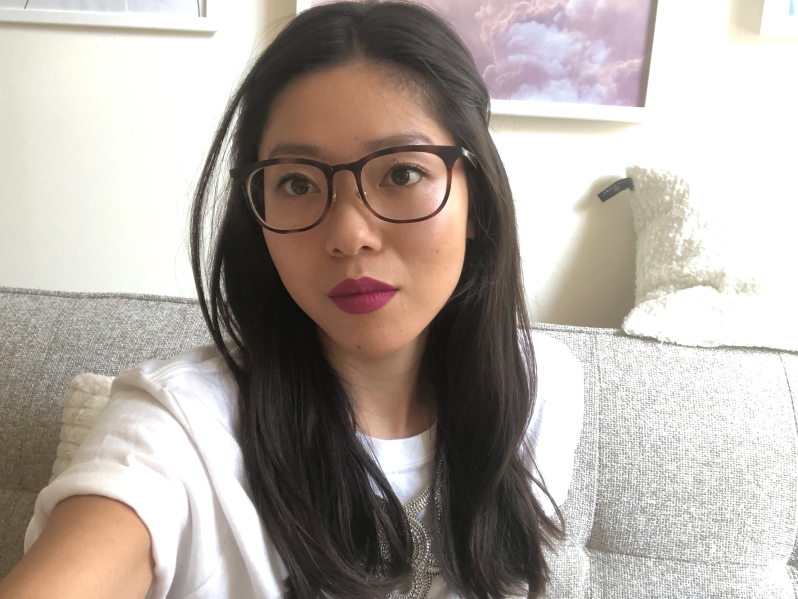 I looked in the mirror today and realized my hair is finally at the length that it was before I cut it off into a pixie. Looking back, that was a BOLD MOVE and I am going to give my 24 year old self some credit for it. I really DID that! I just went in and told her to cut it all off! 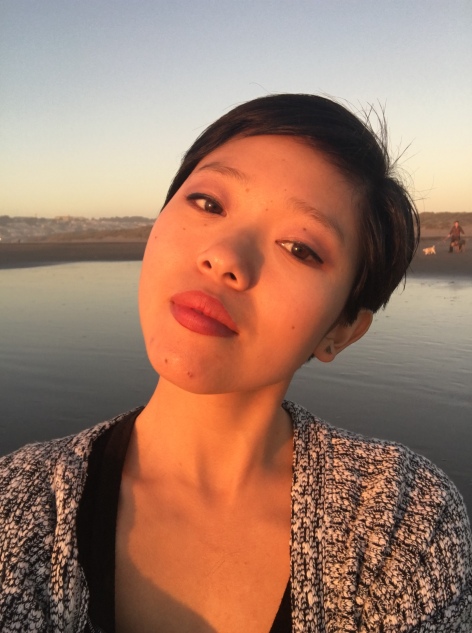 It felt so liberating and empowering to have that kind of control. Hair is such an important part of my self image, and I’ve always felt my best self when my outside appearance aligns with who I am inside (cue “Reflections” from Mulan)

I went through a rough patch, my darkest season in 2015, and I was over feeling so weak and defeated. Also, I was sick of feeling like my self worth was tied to how I look, and that somehow I’d be unlovable if I lost my femininity or attractiveness. Before that, I had not plummeted to such emotional depths, and I felt like something inside me had changed permanently even though I looked the same in the mirror everyday. 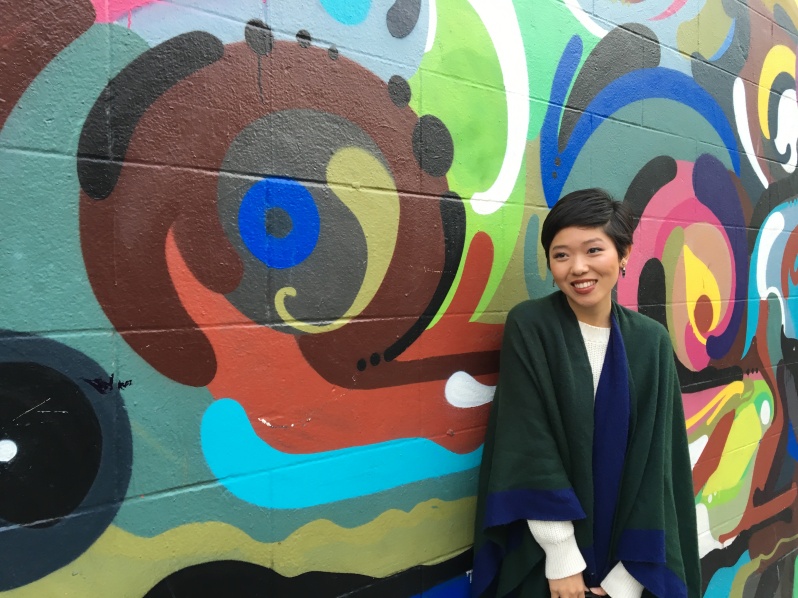 So I said ‘fuck it’ and finally understood why Britney shaved her entire head in 2008. It was the best aesthetic decision I’ve made in my days, and a fun challenge to figure out how to grow it out in a flattering way. Challenge is definitely a key word.

Cool part is that as my hair was growing out, I also was evolving on the inside. Just like with my own personal evolution, my hair also experienced many awkward, unavoidable phases. It’s a painful in-between period when hair is not short enough to be a pixie, but not long enough to be a bob. I think the 6 to 12 month point past pixie is really the toughest. 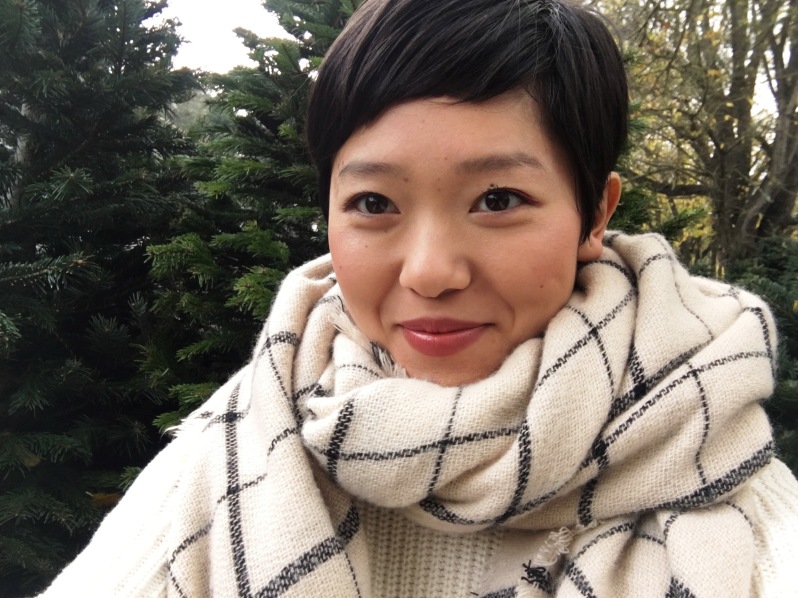 This derpy hairstyle could still be considered a longer pixie, so we’re still in the clear. About 3 months out.

Here’s the length right before it gets very awkward, about 6 months out. 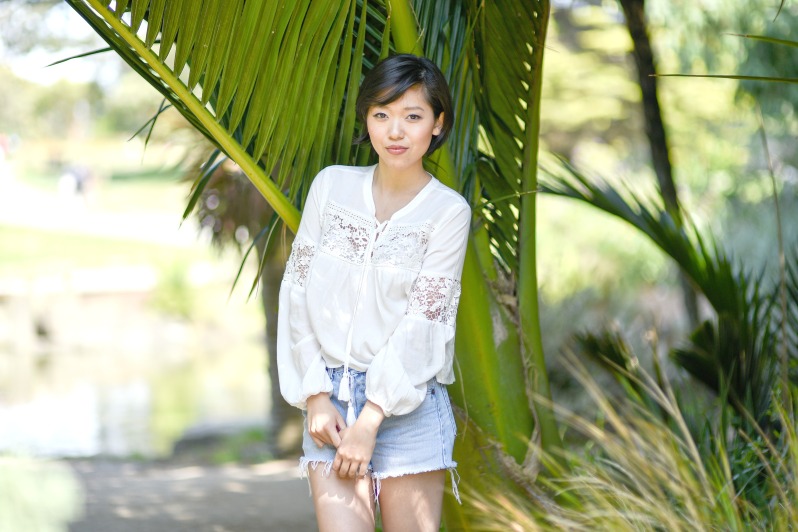 Then it becomes MEGA awkward and it doesn’t matter if the hair is in front or behind the ears, it’s just strange. I had a really solid beanie that I would wear all the time. It made me look smarter than I am.

This is about 7 months out.. GROCE. 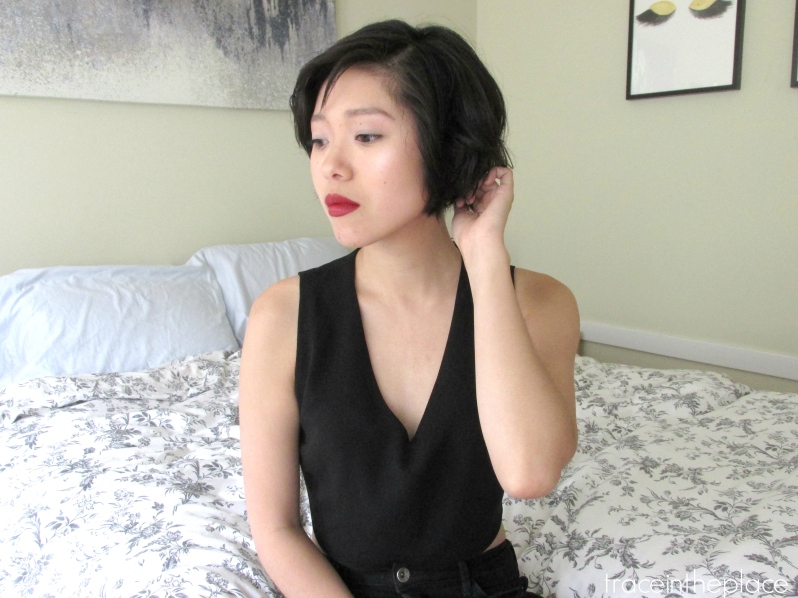 At some point the bob BEGINS to emerge, even though the layers are super confusing. This is about a year out and yas my hair does grow fast. 12 months out. 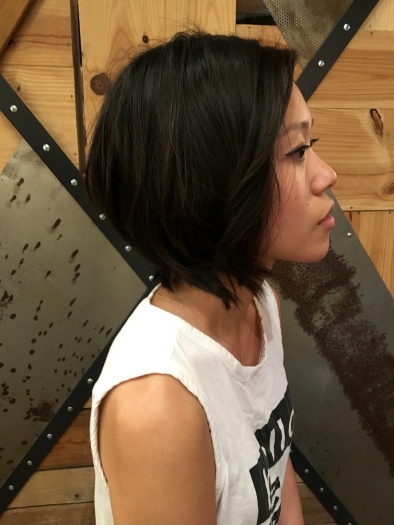 And once all the uneven layers are at an acceptable length, we enter the bob zone, which really means I was out of the woods. The weird thing is that even though hair is growing, it doesn’t look there is a measurable difference. Then, all of a sudden, everyone tells you how long your hair has gotten. 15 months out. 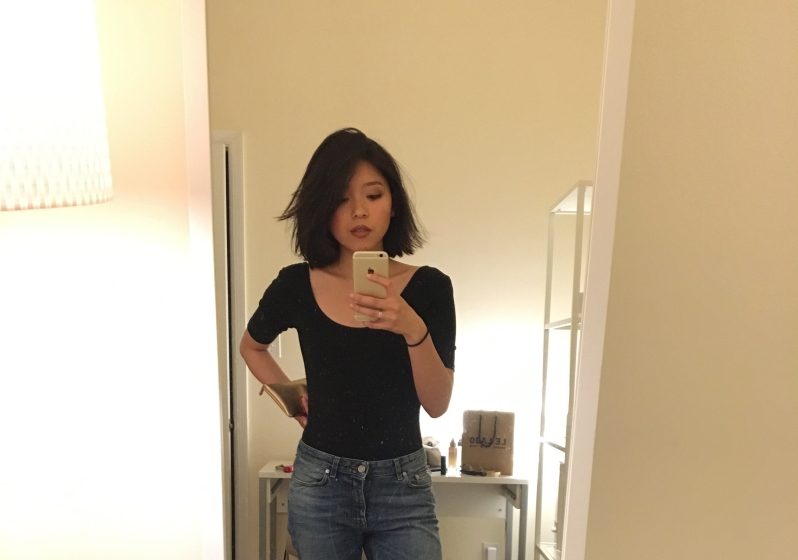 For hair texture like mine, a bob is ideal. Super easy to style, short enough that it dries quickly and easily. Only issue is that it’s not long enough to tie up or braid yet.

Then when it gets ever-so-slightly longer, it’s time to break out the curling wands and irons to throw a little wave into that bitch. The femininity really making a return here. This is about 18 months out. 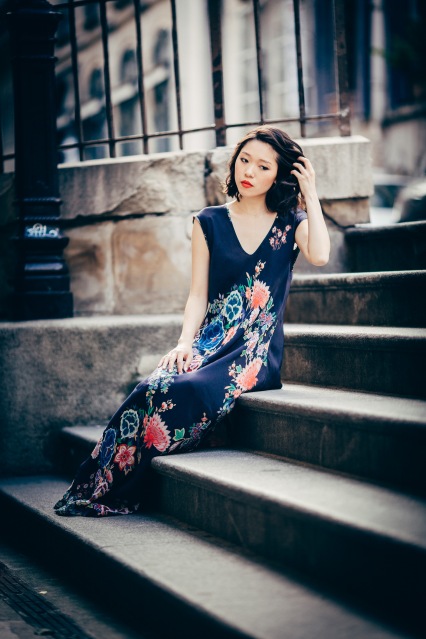 24 months out and we are here BOOM. 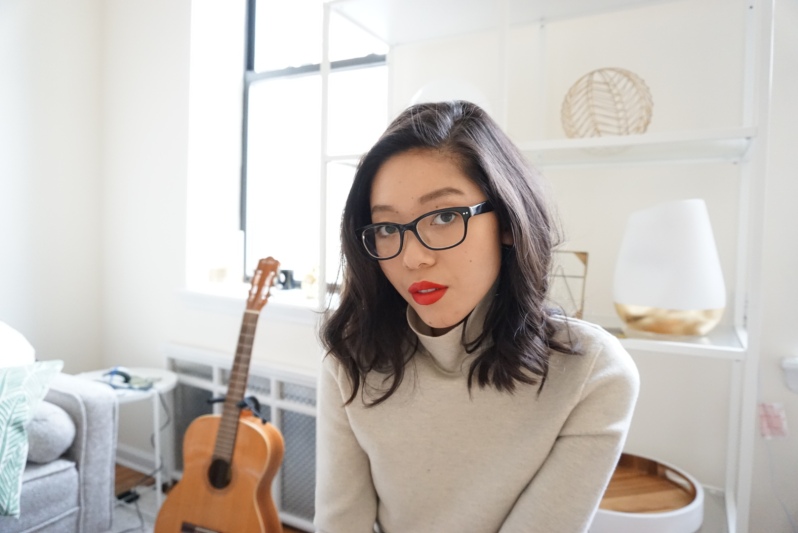 At this point I start tricking people with my braid game. 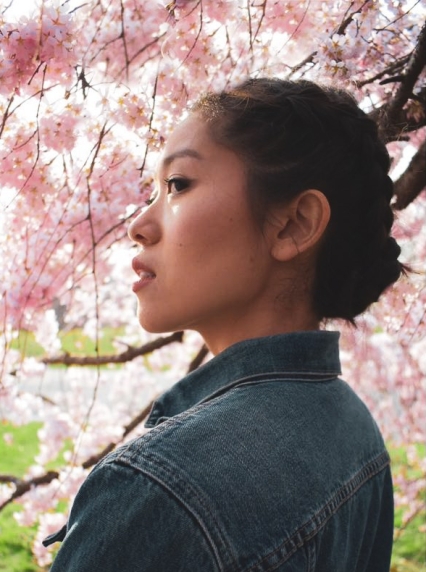 OMG 30 months out and we’re getting into the deeper end of the pool now. And also blue lipstick. 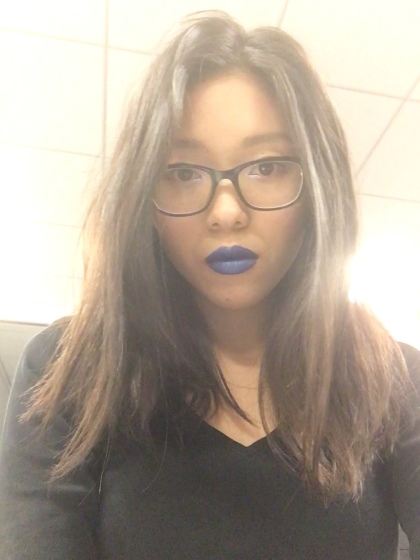 Then before you know it, you can start throwing up summertime thirst traps on the ‘gram, see below. The hair is BACK IN ACTION. 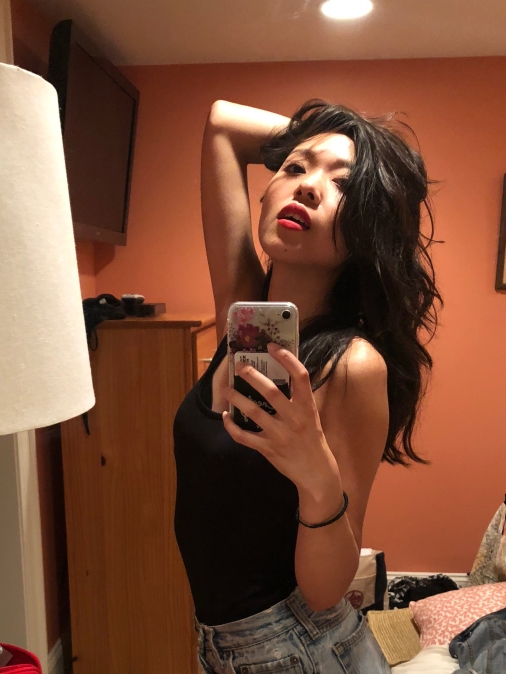 About 36 months out (actually, a few months less but who cares), boob length is where we land. 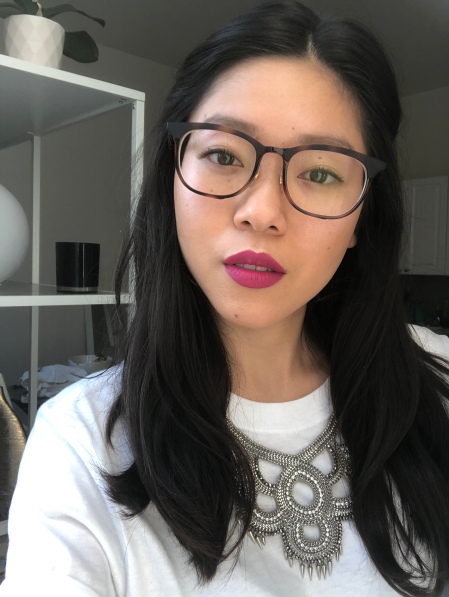 To be honest, I’m not meant for long hair. It’s so annoying, it’s high maintenance, it’s like having a heavy animal on your head. If it weren’t for Living Proof Dry Shampoo, I would cut it all off, since I can’t stand the idea of washing and drying it every single day.

I’m on a personal quest to become part of the Latina gang at work though, and I have to show I’m committed to becoming a real lady (and not the slob I truly am). So I will grow this hair out and coif it until I can’t do it anymore, and maybe throw in some highlights as my newist exp-hair-iment.

One of the sickest things about being a girl is that we have more permission to physically transform ourselves and I believe these transformations can play a HUGE part in how we feel inside. I love to be a bit of a chameleon as you might see in my pictures. And, at the end of the day, who cares. It’s just hair, right?