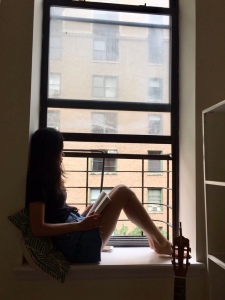 Today I am inspired to write about something prickly and sticky: the art of rejection. I’m drawing on both personal and vicarious experience in this modern millennial game of love… and beyond.

I call it an art because there is a graceful way to reject and to be rejected, and it all starts with being honest with oneself and practicing communication with others.

Broadly speaking, I think this generation struggles with being upfront, even in a place like New York, where supposedly people tell you exactly what they’re thinking to your face, with a generous serving of expletives. Like all other non-sociopaths, I also find it incredibly difficult to be straightforward when what I have to say could possibly hurt someone. This discomfort is so strong that many of us will avoid the conversation entirely. The problem is that this causes more prolonged discomfort with oneself at the expense of the other, who I would argue suffers even more.

I have realized that knowing I’m being rejected is exponentially better than not being sure if I am. I have also realized that the discomfort of rejecting another makes me feel temporarily sick, but it gives me relief that I can stand by my decision to be upfront and truthful, rather than drag out any pain.

The worst manifestation of graceless rejection is the modern phenomenon of ghosting. For any of you who don’t know, to ghost someone means to stop responding to a person you have gone on any number of dates with, and to get ghosted means to be on the receiving end. I will never excuse this behavior, and I know that sounds extreme; many of my friends have done this at some point in their dating lives. But it only takes one conversation with a friend who has gotten ghosted to know how terrible it feels – and believe me, I’ve had many friends get ghosted, from courtships spanning 2 dates to 2 years. It’s cold and cowardly.

I can only imagine that those of us who choose to ghost are unwilling to bite the bullet and face the person they are rejecting. It’s scary, it’s possibly confrontational, it’s vulnerable. But it’s so much more destructive not to say anything at all.

The opposite of ghosting is to reject clearly and with consideration. I’m proud to say I’ve done this (it was difficult and clumsy but I know the real lady I want to be, and that lady picks up the phone) and grateful to say a real gentleman has done this to me. To be honest, it’s really not as bad as we make it out to be. It hurts and then it provides quick relief. And at the end of it, you’re left with closure, appreciation, and dignity.

So the next time you’re not feeling it and wanna let someone go, level up and give that person the respect they deserve. Tell them and thank them for the chance. And let them go.

And if you’re faced with that rejection, thank them and accept it with the knowledge that what was meant for you will come to you.