About a month ago, I took a much needed vacation to Brazil to visit one of my dearest friends and explore a new place. After a huge visa SNAFU (don’t learn the hard way like I did that you need a visa – which takes almost a month – before they let you on board the plane), I finally made it over there and spent two weeks doing a lot of seeing, eating, walking, swimming, sunbathing, selfie-taking, thinking, reading and feeling. I wanted to share some of the experiences that I had there.

My favorite thing about Rio besides being able to spend time with my soul sister: it’s a city with a very unique combination of amazing landscapes. You have plenty of great beaches (Ipanema, Praia da Barra da Tijuca, Praia da Urca were my favorite), a bunch of mountains all around (like the Sugarloaf), forests and parks, and also a busy urban city environment with some of the most AMAZING street art / graffiti work I have ever seen.

Also, I visited a nearby beach town called Buzios when I was there, which is where I saw the most beautiful waters and sands and sunsets I’ve seen, EVER. I wish I had spent a bit more time there. The water was so clear and blue… it was breathtaking. It was also in Buzios that my friends / hostesses helped me pick out a proper brazilian teeny-weeny bikini, because it was decided the bikini i brought had too much fabric. Ladies, if you plan on going to Brazil, be prepared to wear a thong on the beach because that’s just what you do.

Here are some photos that I loved and wanted to share. Hope you enjoy!

This is a beach in Buzios. The waves were huge and powerful. 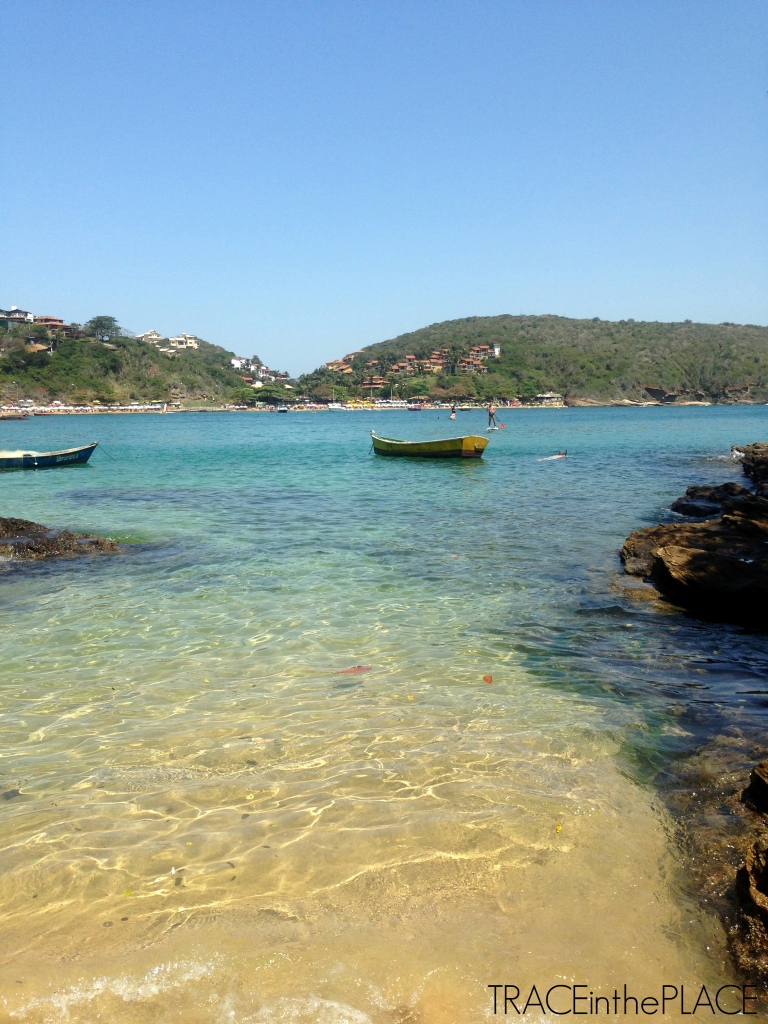 This is another beach in Buzios. I’ve never seen ocean water this clear. It was insane.

We took a boat ride around Buzios’s many islands and this turquoise aqua blue was EVERYTHING. 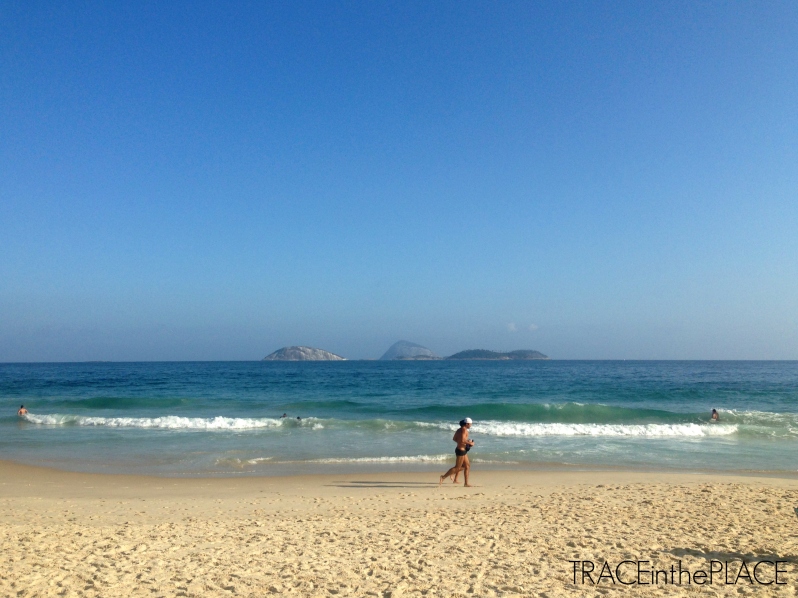 This is Ipanema beach. Rio is most known for this beach and Copacabana, but Ipanema’s waters are actually much cleaner. On a sunny day, how what more could you want…? 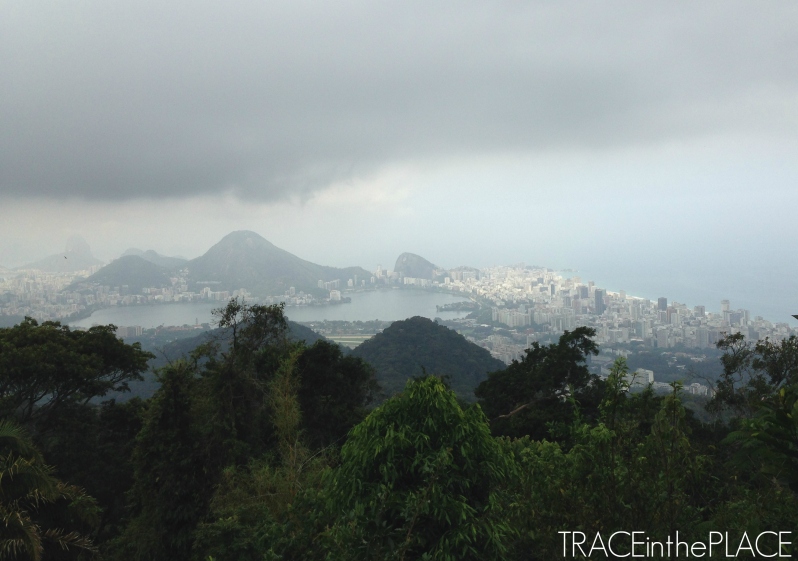 A bit cloudy during the second half of my time there, but here’s a good example of the blend in landscape I was talking about. You can see the forest, the mountains, the water, the cityscape and the lagoon. 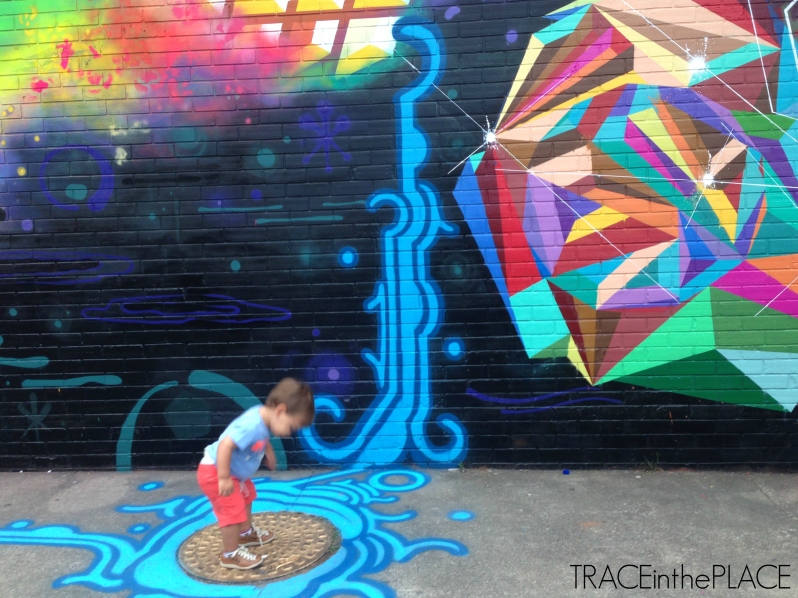 The street art is OUT. OF. CONTROL. What I most love about this graffiti is that the artists don’t ask for permission from the city; they just paint wherever they please. But they create art that’s eye catching, colorful, intricate, beautiful, meaningful… they’re not just little uninspired teenage boys tagging their shitty fake names all over town. 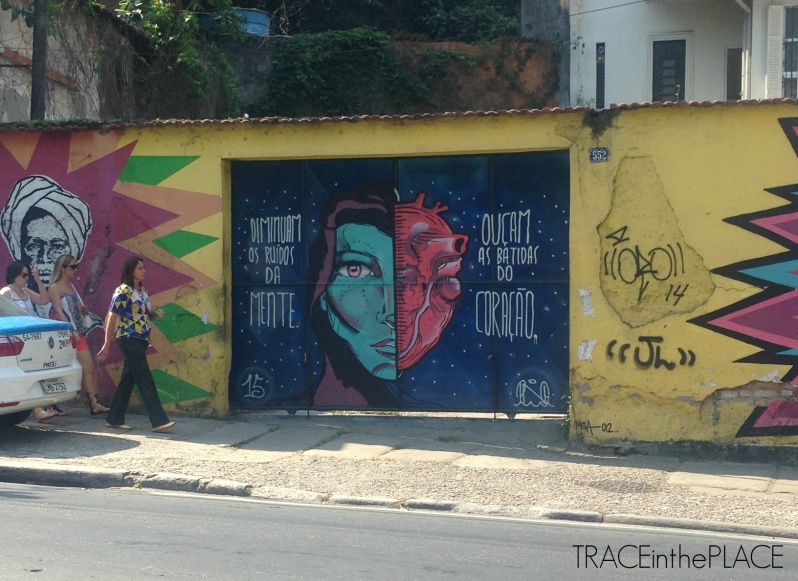 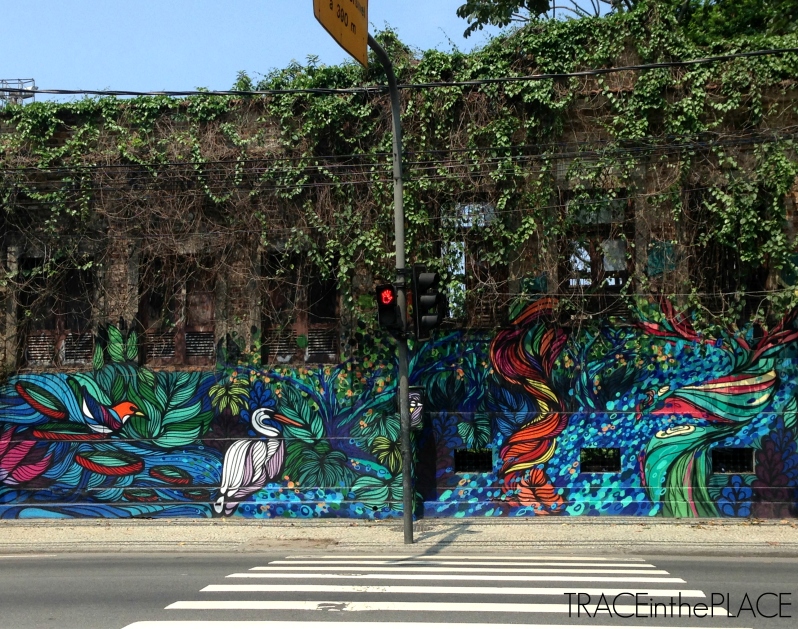 My favorite artist and his distinctive style seen here. Such talent.

A bit of hometown repping at the Selaron Steps. Also, Pharrell was here. 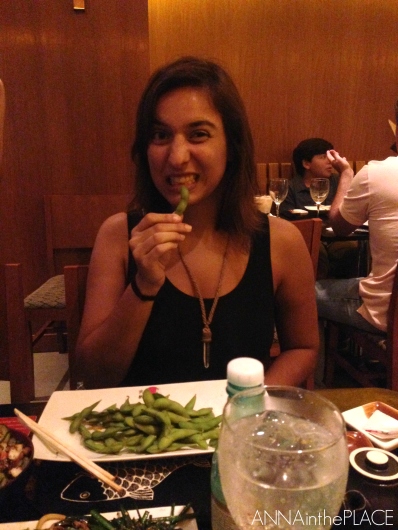 This cutie pie is my friend and hostess with the mostest. We went out for an indulgent sushi night. Did you know that outside of Japan, Brazil has the highest population of Japanese people? That’s why their sushi is OFF THE CHAIN.

This is Jardim Botanico, or the Botanical Gardens. If you know me, you know I love parks in cities so it was great to walk through. We even saw some monkeys!

Not sure if the orchid is Brazil’s national flower, but if not, it should be. These beautiful flowers can be found wrapped around trees. I was told that if an orchid isn’t doing so well and is nearing the end of its life, it can become strong again if you put it near a tree. I just LOVED seeing these flowers everywhere. Here is the tree at Anna’s house, with lots of orchids wrapped around.

It would not be right if I did not include a staple food – pao de queijo. It’s like a cheese and bread hybrid and it’s insane. I’m drooling again.

Finally, this is the view from a favela called Vidigal. For those who aren’t familiar with the word, a favela is basically a slum neighborhood made of makeshift houses by city dwellers who can’t afford to live anywhere else. One of the most striking (and humbling) things I learned during my trip is that there’s a huge wealth disparity in Rio. Either you are well off or you are very poor – there’s not much in the middle. So, those who are poorer will live in favelas. There’s a range in the level of poverty and violence between favelas, and Vidigal is definitely more tame, but there are certainly some that will open fire at unfamiliar people who approach.

But what can be unique and very cool about some favelas is that people will build right on top of each other, all the way up a mountain, which means these types of favelas have the most beautiful views overlooking Rio. In this photo, you can see Ipanema and Leblon beach.

All in all, my trip to Rio was awesome, and I want to send a giant OBRIGADA to all the great people I met and befriended over there, who put up with my broken Portuguese and opened their hearts to me. Big hugs and I will be back again soon!