I set three alarms in the morning, each 15 minutes apart, but even as turn them off in increasing states of consciousness, I avoid getting up until I absolutely must! A terribly unproductive habit to have… anyone else do this? Well, many days, I cut it a little too close and realize I only have about 15 minutes to prepare myself before I leave the house and go to work! So, I’ve devised some little hacks to look presentable under a time crunch, which I’ve incorporated into today’s photos (btw, I did this shoot before work… even made it on time!). 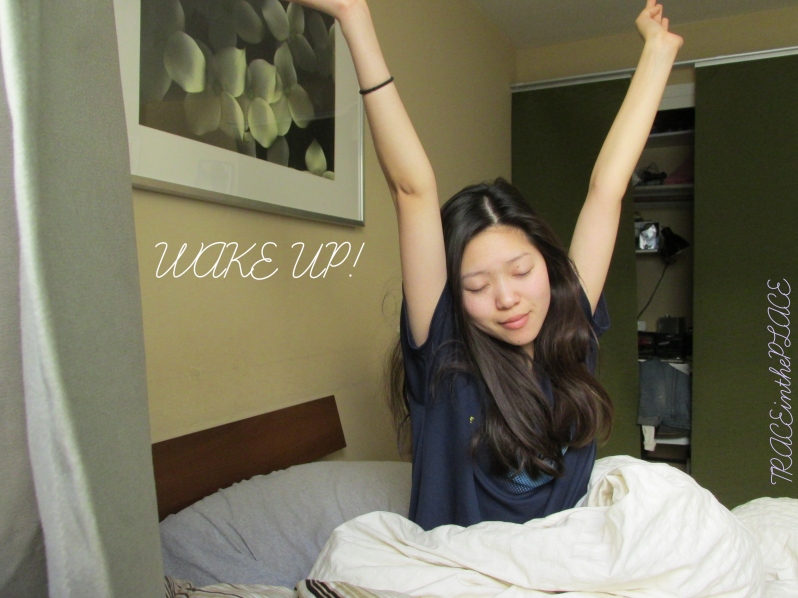 You know the drill… you feel relatively well rested and everything is fine. Until you check the time.

10 minutes to catch that bus, GOTTA GO. Okay, well the first thing to do is to get that hair out of my face so I can focus on other things. Obviously, no time to drag a brush through the tresses today so I just twisted it all into a bun and pinned it back. Speed face washing and teeth brushing, COMMENCE.

After the face and mouth cleansing, next comes a quick change out of my jammies into normal people clothes. Then, the make up routine, which includes a quick and easy tinted moisturizer with SPF applied using a stippling brush (to avoid tinted finger tips), drawn on brows, mascara and a lip stain by Tarte that I also rubbed into my cheeks using my fingers. This took a speedy THREE minutes to complete, so I’m still on schedule! I’m a grown woman! Grown women show up on time and look presentable! 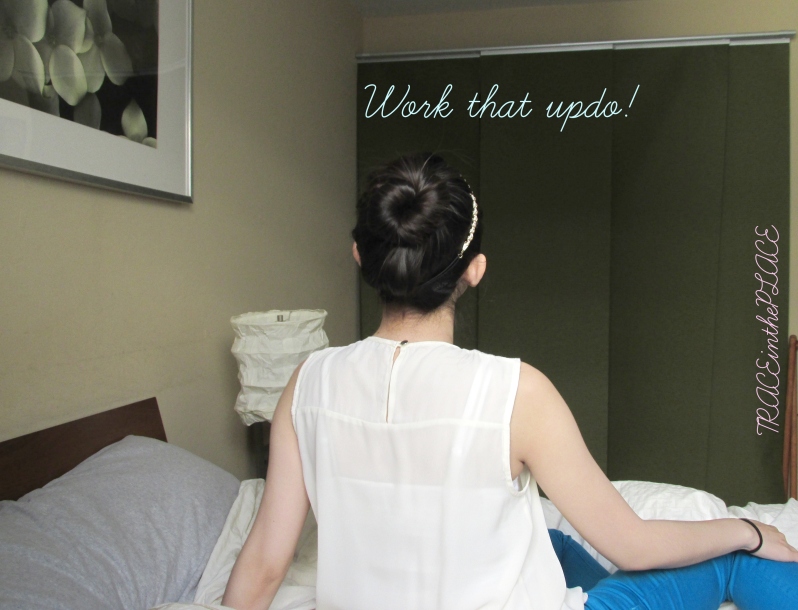 Also, a closer look at the ‘do. This simple bun is secured by about 7 bobby pins placed on the perimeter. I think using pins, rather than an elastic, to create a bun makes it look much more polished, and it tends to stay in place for much longer. To add an extra touch, I added a cute headband that I bought last week from Forever 21. This took like a minute and a half to put together.

Any beauty hacks you swear by when you’re in a rush? Share them!